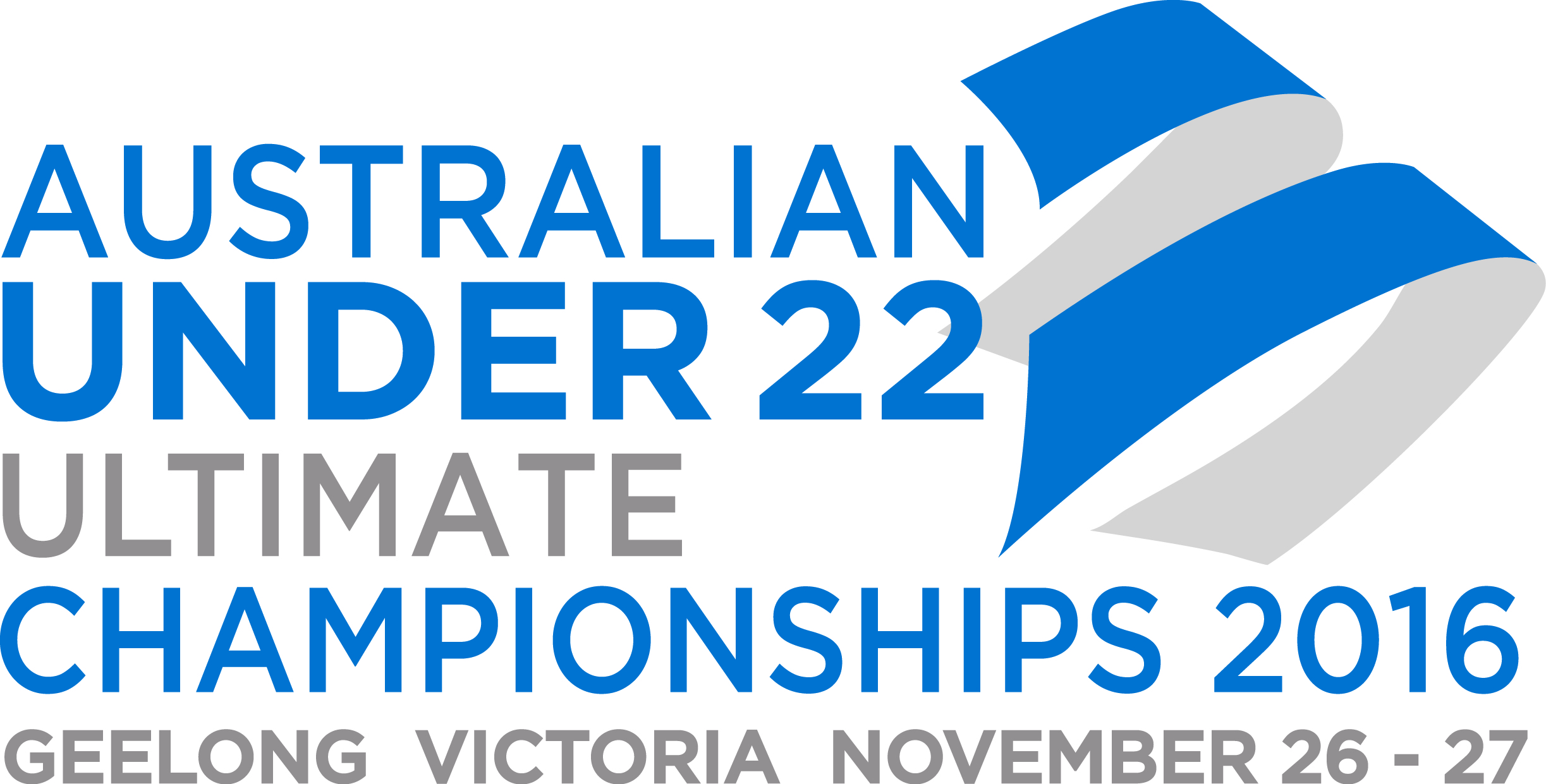 Written by uvwebadmin on November 2, 2016. Posted in News / Tournaments

The Australian u22 Ultimate Championships is an event showcasing over 280 top level players from the u22 age group. The event attracts teams from ACT, NSW, Queensland, Tasmania, Western Australia and Victoria.

In 2016 the inaugural Australian u22 Ultimate Championships was held in Geelong, Victoria. This was the first Australian Ultimate event to cater for three divisions – Open, Women and Mixed.

Individual players from the u22 cohort have represented Australia in divisions ranging from u19 through to open age at World Championship level. State associations have been supporting team preparation in appointing coaches, managers and selectors. Staff have been working tirelessly to ensure teams are prepared and ready for competition.